coop & spree launches coop convos, a business and retail podcast with a pinch of basketball

The Retailer will interview CEOs, designers, and tastemakers in the fashion, lifestyle, and wellness spaces on a weekly basis 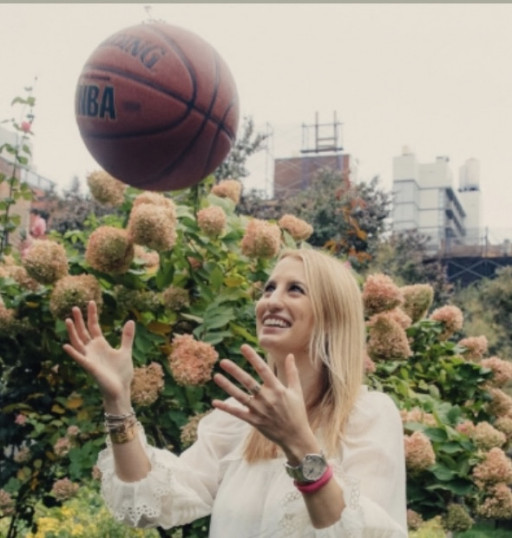 coop & spree, the New York City-based contemporary retailer, has launched a podcast called coop convos, which is all things business, retail, and wellness. coop convos is hosted by coop & spree CEO and founder, Brooke S. Richman, who will interview various business leaders, tastemakers and influencers in their aforementioned industries. Since Richman is an avid New York Knicks Fan (the Spree in coop & spree comes from her childhood pup's name which paid homage to former Knick, Latrell Sprewell), she's even interviewed and secured some former NBA stars.

The Podcast is available on over 10 platforms, and the first episode will air Feb. 1, 2023. To date, Richman has secured over 35 prestigious guests and has already recorded episodes with Stephanie Gottlieb, founder of Stephanie Gottlieb Fine Jewelry, Dale Stabler, wellness entrepreneur and co-founder of Sweats + The City, as well as the Orro + Theheard apps, and Allan Houston, the 2x NBA All-Star for the New York Knicks, Olympic Gold Medalist, and founder of FISLL, the social impact lifestyle and apparel brand.

During the start of the pandemic in March 2020, Richman moved temporarily from her NYC apartment to her childhood home in Greenwich, CT, where she learned how to code and created her e-comm website, coopandspreevip.com. Since her Elizabeth Street store in NYC was closed due to the pandemic, she had all her vendors ship her orders to her CT home where she fulfilled them. When she wasn't opening new merchandise or packaging her clients' orders, she would use Instagram live as a way to engage with her coop & spree audience, since she no longer could interact with them in person. She decided to start interviewing different designers and influencers, many of whom she knew and many of whom she had never had met, and she absolutely loved it. So did her audience. It turned into a weekly tradition and the rest, as they say, is history. Not only did these weekly IG TV "interviews" create much-needed connection at a time of unprecedented isolation, but also they provided Richman, and coop & spree, with a new way of engaging with both customers and vendors.

coop convos has the same format as Richman's IG lives, where Richman focuses on each guest's career path and personal story, in a relaxed format, that seems less like an interview and more like two old friends catching up. While the Podcast's main goal is to provide valuable and informative insights and resources to those specifically interested in entrepreneurship, retail, and wellness, Richman promises it's also filled with lighthearted banter and just the right amount of laughs.